★★★★ “A dark and vivid nightmare founded on human fragility” – The Argus

June’s finally landed her dream job at an advertising agency, but when her first task is to rebrand water, she gets the feeling she might be in over her head….  In her struggle to balance a competitive workplace with mothering her mentally ill brother, June finds herself teetering on the edge. When the physical world of the hospital and her workplace start to blend, she begins to question her own sanity and her position in society.

Playwright and performance poet Karis Halsall (MEGAPOLITAN, Little Stitches) joins forces with ‘All in’ director Stephen Sobal (Love Sick, Treading Water) to bring you the VAULT previews of HYSTERICAL. Set between a frantic advertising agency and an inpatient facility; June, a virgin clown and her associates attempt to rebrand water, wellness and ‘madness’ and Madonna. Co-produced by HOAX (AUS/CAN/UK) and Luminary Theatre (UK) in collaboration with UCL.

Drawing on the creative teams’ experiences and developed in collaboration with academics and clinicians at UCL, Halsall’s new play examines how gender and modern day pressures can militate on our mental health. 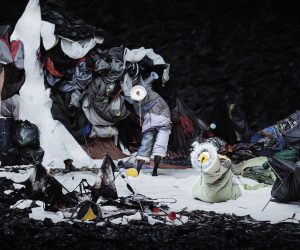 Monologue for a Thirsty Person 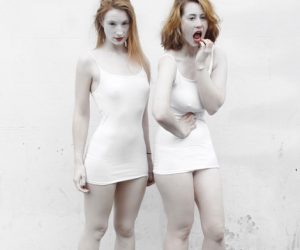 Please Don’t Talk About Me When I’m Gone